At the core of The Dueling Pianos are two truly world class entertainers. Shane and Jenesse have a hilariously chaotic synergy that draws the audience in right from the first note! Every performance is one-of-a-kind with amazing renditions of literally any song as the audience takes complete control of the show . The words ‘you can’t do that on a piano’ just don’t exist in their world. 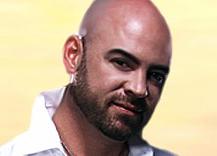 Buckle up, you’re in for a ride when Shane is on stage! The party never ends with his renditions of everything from Classic Rock to the newest Country and everything in-between. Audiences howl with laughter at the parodies and comedy Shane puts into every show.

Over the last 20 years Shane has delighted audiences of up to 30,000 around the world with his stage antics and ability to bring poeple to their feet.

From Billy Joel to Garth Brooks, Elton John to Metallica – BRING IT ON! 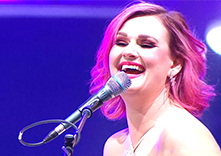 ?Jenesse is absolutely sensational as she transforms from warm songstress to pop star in seconds keeping the audience wanting more & more! With an amazing ability to switch styles and play literally anything, the crowd sing-along absolutely roars whenever she is on stage.

Jenesse joined The Dueling Pianos Show in 2010 after succesful headlining tours across Canada and the USA – and it’s never been the same since!

From Adele to AC/DC, Brittney Spears to Bonnie Tyler…Jenesse makes it happen!